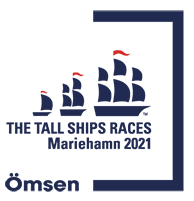 Mariehamn is the smallest Nordic capital and the only town in Åland.

The maritime industry is always present, adding an international touch to many companies and even families. In Mariehamn you find more restaurants, cafés and unique shops than in other towns of the same size. In summertime different events offer interesting meetings between the locals and tourists.

The most significant landmark in Mariehamn is the four-masted steel barque Pommern; one of the best preserved historic vessels in the world. Adjacent to the Pommern is the award winning Åland Maritime Museum, rich in objects and stories from the age of sail.

The Town of Mariehamn has long and proud sailing traditions. During the summers of the 1920s and 1930s, the West Harbour of Mariehamn was teeming with tall ships lying in wait for the autumn and the next 10-month return voyage to Australia. Aspiring sailors from all over the world came to Mariehamn in the hope of securing a place as an apprentice on board one of these ships, either as a necessity for getting their master’s certificate or as an adventure of a lifetime.

Mariehamn has had the honour and privilege to host tall ships in four different peaceful sailing contests during the late 1980’s and the early 2000’s, among others;