Åland carries a long and rich local maritime heritage, a legacy that is both very international and social and cultural. The Maritime Museum in Mariehamn has a significant role in the preservation of the rich maritime history of the island.

The purpose of The Tall Ships Races is to pass on the knowledge of sailing and the sailing traditions to young people from all around.The aim of Sail Training International, the organizer of The Tall Ships Races, is to give young people an opportunity to take part in a social, cultural and unique experience at sea. This goes hand in hand with the mission of the Maritime Museum, to pass och and to the preserve the history of the maritime history.

“The purpose of the museum itself is to pass on and preserve the history of Åland’s maritime history, both the tangible and intangible heritage of it” – Hanna Hagmark (Director of the Maritime Museum) 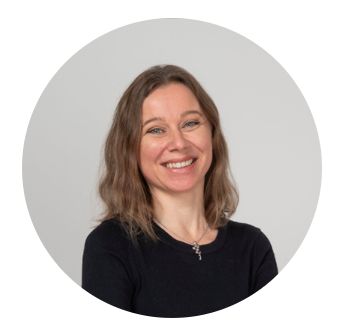 The sea and seafaring has defined and influenced the society on the island for hundreds of years and has a strong connection to the identity of the people living on the Åland Islands. On the  Åland Islands, seafaring is and has been an incredibly important part of everyday life both culturally, socially and economically.

Maritime Museum – a world-class museum with a strong local legacy.

At the Maritime Museum you have the opportunity to dive in to personal stories about life at sea. The stories are enhanced by all the personal items that  belonged to the sailors. Åland is one of the few places in the world where stories of long sea voyages on windjammers are so close to history that they are still told in the first person, and many personally know someone who took part in a voyage.

Mariehamn has held a unique position in the world as the last home port for the world’s largest sailing vessel fleet. The entire city was built around the shipping due to its strategically advantageous location. In the 1920s and 1930s, aspiring sailors came to Mariehamn hoping to get a place aboard one of all the windjammers that stayed in the western harbor over the winter, waiting for their next voyage south. The sailors either came to get their seaman’s certificate or simply just to experience an adventure of a lifetime.

After the Second World War, the era of sailing vessels slowly began to come to an end, but already during the 1920s, captain Carl Holmqvist began to collect objects linked to the history of Åland’s maritime heritage. Holmqvist quickly realized that the task was far too large and so he initiated the founding of the Åland Nautical Club in 1935. The main task of the Åland Nautical Club, was to build and operate a maritime museum. In the same year, 1935, Gustaf Eriksson’s fleet consisted of fifteen cruisers and eight North Sea sailors, which was already very unusual during this time.

The people of the sea

Even today, shipping is an important part of the Åland business sector in many ways, and the impact of the sea on Åland cannot be mistaken. The shipowner  Gustaf Erikson, laid the foundation for the prosperity on the Åland Islands. The Maritime Museum offers the visitor a historical experience in the form of personal stories, objects, activities and ship environments built with original materials and original furnishings. A visit to the museum is an experience that reflects the role and importance of shipping in the society by telling the story of the maritime heritage in  an interactive and exciting way.

The museum also has a lot of curiosities from all over the world to get acquainted with. Over the years, the sailors brought everything from beautiful pottery and souvenirs to a unique and real pirate flag. Next to the museum lies Pommern at her dock, Åland’s most famous and beloved landmark, which symbolizes the sea and the long maritime history of the island.

The Tall Ships Races is the world’s largest race for sailing ships.

If you are between 15 and 25 years old, you have the opportunity to experience the grand and indescribable feeling of sailing a ship. As visitors during the event, you can feel the wings of history as 100’s of ships set anchor in the Western Harbor, right next to Pommern and below the Maritime Museum.

Sail with The Tall Ships Races – join us in creating a piece of maritime history!